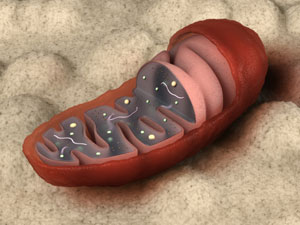 The functionality of the mitochondria is understood by many to be related to energy production and hence it is known as the cells energy factory. However, mitochondrial dysfunction has also been liked to a wide range of degenerative and metabolic diseases, as well as cancer and ageing. These are all derived from the bio energetic role of the mitochondria which acts as the interface between the environment and the cell. Prof Nicolson has been studying the role of mitochondria in human health and the restoration and repair of the delicate membranes using natural agents for many years. Dr Ellithorpe has treated over 4,000 patients using glycophospholipids and published multiple research papers on the clinical application of the use of specific glycophospholipids and co factors. Their combined knowledge and experiences will assist you in comprehending the valuable role that the application of the agents can have in restoring mitochondrial function and capacity and the subsequent benefits for human health.

This full day presentation will discuss the human trial undertaken to determine the resolution of fatigue and other benefits linked to restoration of mitochondrial membranes and cellular respiration. Mitochondria are found in every cell in the human body.1 Known as the “power plant of the cell,” mitochondria are central to the conversion of fatty acids and glucose to usable energy in the form of ATP (adenosine triphosphate).

Back in 1972 a young researcher named Dr. Garth Nicolson and his colleague Dr Singer published a seminal article in the highly respected journal ‘Science’ which has since been referenced over 5,000 times by other scientific authors. The nexus of this work was that cells, and the organelles (including the mitochondria and peroxisome) within them, are surrounded by lipid-bilayer membranes that compartmentalise biochemical reactions and pathways. Membrane- embedded proteins then control the flux of molecules, energy, and information such that the segregated compartments function as a unified living cell.

Traditionally, membrane proteins were pictured as floating around quite independently of the surrounding lipids, yet when this fluid-mosaic model was described, Singer and Nicolson qualified that “a small fraction of the lipid may interact specifically with the membrane proteins”. It has taken 40 years to fully appreciate the importance of this assertion.[i]

Converting complex science into clinical outcomes is sometimes referred to as ‘Bench to Bedside’ medicine, and this one day seminar will convey the complexity and beauty of the mitochondria, the conversion from lab science to humans, initially those experiencing fatigue from cancer treatments to chronic fatigue and then athletes and people with no organic illness but lacking energy.

A safe and effective solution for the most common of allsymptoms – fatigue – its application extends to metabolic syndrome, diabetes, memory deficits, neurodegenerative illness and many other other conditions in which mitocohondrial insufficiency or damage is a component.

A Nobel Prize nominee – Dr. Nicolson is the world’s leading authority on cellular medicine. He holds 9 U.S. patents and is the author of over 670 scientific and medical publications. Previous positions include Professor and Chairman, Dept. of Tumour Biology at the University of Texas M. D. Anderson Cancer Center, Professor of Internal Medicine and Professor of Pathology and Laboratory Medicine at the University of Texas Medical School at Houston and Professor of Comparative Pathology at Texas A & M University. Following his exstensive work with the US marines and Seals in helping them identify a causitive agent for gulf war syndrome he is also:COLONEL (Honorary), U. S. Army Special Forces, 1995, SEAL (Honorary), U.S. Navy Special Forces, 1995. Amongst his many honours and awards he was the recipient of the Burroughs Wellcome Medal, Royal Society of Medicine Foundation, London, 1991. He is currently President, Chief Scientific Officer and Research Professor of Molecular Pathology, The Institute for Molecular Medicine in California.

Dr. Ellithorpe received her medical degree in 1982 from The Chicago Medical School/University of Health Science in North Chicago, IL. From there she completed her internship in family practice at Womack Army Hospital, Fort Bragg, NC in 1983. At Fort Knox, KY, she served as an emergency room staff physician, general medical officer and flight surgeon as Chief of the Aviation Clinic from 1983-1990.

Dr. Ellithorpe is a graduate and guest faculty member of Capitol University of Integrative Medicine, Washington, D.C. since January, 2001. There she taught anti-aging medicine and natural hormone replacement therapy for women and men. She is a Diplomat of the Board of Anti-Aging Medicine as well as the founder and medical director of Tustin Longevity Center. A national speaker on the topics of Oxidative Stress and Anti-Aging, she also has published her research in several peer reviewed journals. She participated in cancer investigations with Dr. Stanislaw Bruzynski at his research institute in Houston, Texas and was later published as a co-author in literature describing his unique therapy. A staff physician and Director of Women’s Studies at Whitaker Wellness Medical Clinic in Newport Beach, CA, she went on to help in the development of natural medicinal therapies at Great Smokies Medical Center in Asheville, North Carolina. Dr. Ellithorpe holds a second doctorate in integrative medicine focusing on health at the cellular level.

With a determined commitment to her patients’ nutritional road to health, she regularly reviews modalities and documents results. This is done in an effort to share, through journal publications, research of successful interventions. Dr. Ellithorpe provides a practice rooted in a functional medicine approach which integrates the best of standard, western medicine with effective, natural therapies. Dr Ellithorpe is chief medical officer of Tustin Longevity Center, based in Orange County, California, – a medical clinic whose mission is to minister to each patient with TLC (tender loving care).

Credits for continuing professional development will be sought from relevant credit issuing bodies as self directed learning; 5.5 hours