As many readers and people with an interest in Chronic Fatigue will have read over the last few months, the researcher Judy Mikovits has been having a hard time finding labs to replicate her controversial findings regarding the XMRV virus.

Back in In the issue of 23 October 2009, Science published a study by Lombardi et al. purporting to show that a retrovirus called XMRV (xenotropic murine leukemia virus-related virus) was present in the blood of 67% of patients with chronic fatigue syndrome (CFS) compared with 3.7% of healthy controls.[1]

This as everyone will recall, attracted a great deal of scientific and patient derived interest, but there has been considerable lack of success in the replication of these findings by other investigative groups.

Everyone who suffers with this condition and the many thousands of practitioners involved in their health recovery are interested in whether there may be a causal agent identifiable through appropriate tests – not that there is a treatment on offer, but more a case of validation I suspect. This topic has attracted a great deal of attention in the orthodox and alternative medicine world and has some time to go before the explanations become viable treatments. Keeping up to speed with the science will assist all practitioners in their potential application.

The debate over XMRV began back in 2009 when researchers led by Judy Mikovits of the Whittemore Peterson Institute (WPI) for Neuro-Immune Disease in Reno, Nevada, reported in Science: traces of the virus in peripheral blood mononuclear cells, a type of white blood cell, of 67% of CFS patients. By contrast, only 3.4% of healthy controls were found to harbour the virus. The team also showed that XMRV could infect human cells and concluded that the virus—which had previously been linked to prostate cancer—might play a role in causing CFS. 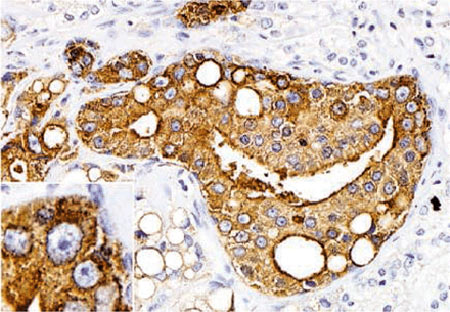 Last October 2009 the journal Science published a paper suggesting that a virus could be linked to CFIDS as well as prostate cancer. This was commented on in this site. Initial enthusiasm for this potential pathogen explanation for the chronic and debilitating condition has taken a couple of knocks as two papers have questioned the link. Scientists in the initial study found DNA traces of a virus in the blood cells of two-thirds of 101 patients with CFIDS, compared with 4% of 218 healthy controls. XMRV is a rodent retrovirus also implicated in an aggressive prostate cancer, though why it might cause or be associated with CFIDS remains unclear.

This naturally seemed to provide a plausible association with an infectious agent that would mesh with the common development of the condition following a viral infection.