Dr Carrie Decker ND, explores the possible risk reduction benefits achieved by enzymatic breakdown of inadvertant exposure to gluten peptides. Individuals who experience coeliac disease or Non-Coeliac Gluten Sensitivity (NCGS) are at risk for exposure to gluten in many settings. Although the home setting can be fairly well controlled by elimination gluten or utilising cooking strategies to separate gluten-containing foods from those that are gluten-free, many restaurants and homes of friends and family often are not as well versed in making foods that are gluten-free.

2000 years ago on the coast of Tuscany, an eighteen year old girl died and her entombed body was carefully adorned with bronze and gold jewelry. She was one of the first known sufferers of coeliac disease, an autoimmune disorder triggered by ingestion of gluten. In spite of a healthy diet of fish, meat and vegetables—which researchers determined by analyzing isotopes in her skeleton—she was only four feet seven inches tall, and many of her bones were eroded at the tips. DNA analysis revealed she carried two copies of a gene commonly found in sufferers of coeliac, and her skeletal abnormalities indicated the kind of severe malnutrition that can accompany the condition. “She probably didn’t understand that she had this disease,” Gabriele Scorrano told Nature News magazine in 2014. Scorrano is the biological anthropologist at the University of Rome who published a study on the Italian woman’s remains.1,2

Gluten Digestion in the Face of Inadvertent Exposure 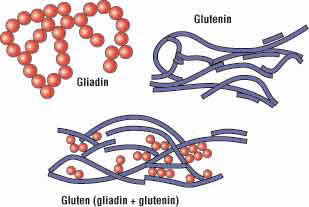 Dr Carrie Decker ND, explores the potential management of indavertent ingestion of gluten, which for those people needing to exclude exposure to these proteins and lead a life that includes eating foods that have not been prepared at home, can be a significant risk to well being.

Coeliac disease (CD) is the most studied and broadly recognised disease associated with the immune reaction to gluten consumption, however other types of ‘gluten sensitivity’ also exist. These conditions are broadly known as Non-Coeliac Gluten Sensitivity (NCGS). The immune response to gluten proteins and polypeptide regions varies, but may involve the innate immune system, class I or class II mediated reactions, and antibody recognition.[1] The topic of NCGS is being increasingly studied, as is evidenced in the following quote extracted from an article in Nutrients:- “Non-Celiac Gluten Sensitivity: The New Frontier of Gluten Related Disorders”[2]: