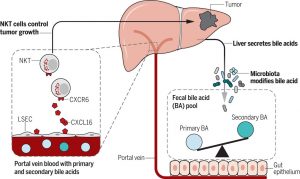 A paper published in the Journal of Paediatric Gastroenterology and Nutrition explores the role of probiotics in the management of functional gut problems in children. Published in July 2016, the authors conclude that appropriately selected organisms represent a plausible (read effective) intervention for such cases. However, strain specific bacteria were tested and random bacteria are not as effective.1

Clinical Pearls: Papaya As a Foundation for Gut Health 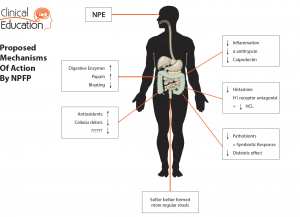 On the Big Island of Hawaii, un­der azure skies, rises the Lotus Buddhist Monastery, founded by female monk and dharma master Ji Kwang Dae Poep Sa Nim. Nim dis­covered a natural way to turn fresh papaya into a potent and novel preparation , one that relies on the principles of slow cooking utilised in Traditional Chinese Medicine.

Originally produced as a home rec­ipe for the temple’s spir­itual disciples, the novel papaya fruit preparation (NPFP) is now prepared from organic, ripe fruit in a patented, ten-hour process. The product has been shown in several studies to be effective in helping a wide range of digestive conditions.

“We saw significant benefits,” says Wilhelm Mosgoeller, a Viennese on­cologist who served as principal in­vestigator on one study of the sup­plement’s effect on gastrointestinal complaints of six months or longer. “The preparation has a plethora of interesting bio effects, including en­zyme, anti-histamine, anti-microbi­al and antioxidant effects.”[1]

Problems such as poor transit or constipation are common, and can produce significant misery for the individual compromised in this manner. Butyrate is a short chain fatty acid, manufactured in the gut by the anaerobic fermentation of dietary fibres by resident microbiota. It is proposed that apart from its already well understood properties that it has another remarkable effect – the ability to increase the neuronal concentration of the Enteric Nervous System.[1]

Butyrate-generating foods and supplements might become an effective and simple option to prevent or treat functional gut disorders via modulation of enteric neuroplasticity.