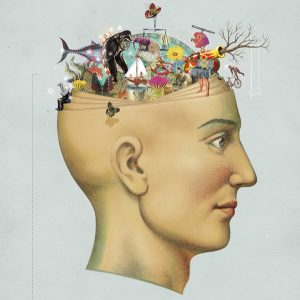 It’s fair to say we carry many objectives regarding our wellbeing and health – to get more fit, lose weight, or better manage finances are common objectives. One is the management and maintenance of cognition. Memory and cognitive function becomes more significant with age. Many people seek natural support for the improvement of memory, and some therapeutic agents have more evidence than others for their ability to support cognition and memory.

The results of the study appeared online October 10 in Neuroscience Letters.[1]

It’s well known that the brains of mediators change, but it’s not entirely clear what those changes mean or how the changes might benefit the mediator. A new pilot study led by researchers at Beth Israel Deaconess Medical Centre suggests that the brain changes associated with meditation and stress reduction may play an important role in slowing the progression of age-related cognitive disorders like Alzheimer’s disease and other dementia’s.

Can Bacteria Make You Smarter?

The potential cognitive gains linked to the role of gastrointestinal bacteria continues to attract international interest. The scientific community are becoming entranced with the notion that our bacterial exposure affects not only the local tissues, but also others including the brain.

Exposure to specific bacteria in the environment, already believed to have antidepressant qualities, could increase learning behaviour.  Mice fed live cultures of Mycobacterium vaccae were able to learn and complete a maze twice as fast as control mice were the key comments delivered at the 110th General Meeting of the American Society for Microbiology last week.

Mycobacterium vaccae is a natural soil bacterium which people likely ingest or breath in when they spend time in nature,” says Dorothy Matthews of The Sage Colleges in Troy, New York, who conducted the research with her colleague Susan Jenks.