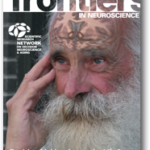 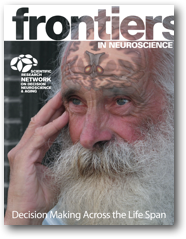 So how does it combine these events?, Many scientists have demonstrated changes that centre around the association of normal aging, mitochondrial dysfunction, and abnormal energy metabolism with the condition of PD. Regrettably aging is the main risk factor for the development and progression of the commonest form of the disease. Moreover many of the disease markers for PD are also found in normal aging though in less severe form. This includes recent findings of under expressed epigenetic signaling factors which control energy metabolism and antioxidant control. In some respects, therefore, but not all, PD can be viewed as a severe aging process.

Increasingly there is recognition of the impact that diet has on progression and likely on resolution or at least inhibition of speed of decline. It is known that poor diet will have a negative impact on an individual’s health. With regards to neurodegeneration, nutrition affects multiple aspects of neurodevelopment, neurogenesis and the functions of neurons and neural networks and as such represents a point of entry using whole foods and food concentrates.1

Putting right these energy deficits resulting from gene and mitochondrial dysfunction seen in both normal aging and PD, is now seen as a likely way to reduce the impact of disease progression. Results from research into normal aging have yielded nutritional methods by which this might be achieved. This includes the addition of specific nutritional concentrates.

It is better understood now that alpha lipoic acid, acetyl-L-carnitine, coenzyme Q10 and melatonin may beneficially alter the pathophysiology of PD. In part their effects are mediated through the loss of dopamine neurons, traditionally the focus of concern, and more recently the accumulation of the pathogenic misfolded protein alpha-synuclein[2], are the indirect consequence of this deeper energy deficit and mitochondrial dysfunction producing severe oxidative stress.[3]

To summarise, this combination of supplements (derived from research into normal aging), is known to improve energy metabolism, mitochondrial function and reduce oxidative stresses which are known to be damaging to key elements of metabolic pathways important for energy production. Perhaps more importantly they also improve the epigenetic expression of factors which control the de novo biosynthesis of mitochondria and maintain their structural integrity, including the activity of numerous essential component enzymes and enzyme complexes involved in the extraction of energy from carbohydrate and fatty acid sources to produce energy rich phosphates, thus providing a more secure source of fuel for a host of cellular functions.

Lipoic acid, acety-L-carnitine and coenzyme Q10 influence different components of these complex biochemical networks, working in synergy to support energy metabolism.[4],[5] This has been shown to protect dopamine neurons and improve defenses against protein misfolding and inflammation, thus reducing the risk of disease progression.

Reduction in nocturnal melatonin secretion is another important source of mitochondrial dysfunction which accompanies aging and replacement enhances antioxidant protection, particularly against reactive nitrogen species. Evidence also supports the notion that melatonin replacement provides a better quality of sleep and hence quality of life the next day. This aspect has been specifically documented in the case of PD, which is usually accompanied by chronic insomnia.[6]

Practical suggestions based on mechanistic interpretations rather than randomised studies of utilisation of these as a therapeutic modality.

What appears clear is that melatonin alone or melatonin plus the lipoic acid/acetyl-L-carnitine combination is not effective without coenzyme Q10. Only with the full combination indicated here does control of PD progression occur. This is due to the essential role of CoQ in maintaining electron transport in the inner membrane of mitochondria. However, without the backup of gene regulation, and improved extraction of energy from nutritional sources provided by the other components, CoQ10 on its own seems insufficient to control PD.

In large part this summary was written by Oliver T. Phillipson, Ph.D. School of Medical Sciences, University of Bristol University Walk, Bristol BS8 1TD, UK and was then shortened and restructured including the inclusion of suitable references. The changed document now represents a collective opinion,, but by no means an exhaustive one.

Previous Post
Ebola – Should We Be Worried?
Next Post
Acid Or Alkali – What Does Food Choice Have To Do With It?