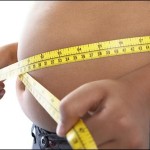 Is There Something in the Environment Making us all Fatter?

I have previously written about the evolving spread of obesity and the consequences to human health due to the expansion of adipose tissues – that are in themselves promoters of inflammation via adipokine production.[1]

Obesity has become a major worldwide health problem, not least because it is strongly associated with a number of diseases, including insulin resistance, type 2 diabetes, atherosclerosis and ischaemic heart disease,  that reduce life expectancy and together have huge economic and societal consequences. Increasing evidence indicates that obesity is causally linked to a chronic low-grade inflammatory state which contributes to the development of obesity-linked disorders, in particular to metabolic dysfunction. It is now well established that adipose tissue is not only involved in energy storage but also functions as an endocrine organ that secretes various bio-active substances.

However, humans are not alone in experiencing these changes in body mass. A paper out in the Nov 2010 describes how the researchers found over the past several decades, average mid-life body weights have risen among primates and rodents living in research colonies, as well as among feral rodents and domestic dogs and cats. They state that the consistency of these findings among animals living in varying environments, suggests the intriguing possibility that the aetiology of increasing body weight may involve several as-of-yet unidentified and/or poorly understood factors (e.g. viral pathogens, epigenetic factors).[2]

These results show that the obesity epidemic is not as simple as people might think.

It’s no secret that obesity has become an epidemic in humans — among American and British adults, nearly one in three is obese, defined as having a Body Mass Index (BMI) greater than 30. Researchers have pointed their fingers at everything from a lack of physical activity to the highly processed foods dominate so many peoples food choice

The prospect that another explanation may exist would of course offer a similar ‘get out of jail’ opportunity to the morbidly overweight as the genetic link argument has done. 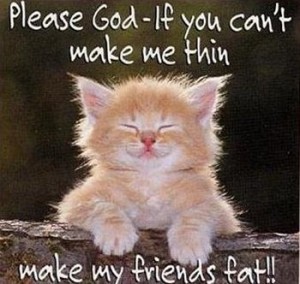 The researchers gathered data on body weights of more than 20,000 adult animals from 24 populations of 8 different species from around North America. The authors included only those mammals for which there were two weight measurements in the past 50 years, and whose weight was not deliberately manipulated as part of research or a livestock feeding program.

All 24 populations of animals, which ranged from primates housed in research facilities to feral rats living in the greater Baltimore area, showed significant increases in body weight. Average body weights of captive chimpanzees increased at a rate of 33 % each decade, and 9 % per decade in captive marmosets. Laboratory mice got 12 % fatter every ten years, laboratory rats did by 3 percent; the average body mass of Baltimore’s feral rats increased by almost 7 percent each decade. And house pets were no exception, either. The average weight of cats increased by almost 10 percent each decade, while dogs’ weights increased by 3 percent every decade.

Not only did body weight increase significantly, but so did the chances than an animal would be obese. In 23 out of the 24 populations, animals were more likely to be obese — defined as weight above the 85th percentile at the initial time-point — at the second time-point than at the first.

What stands out as the key factor suggesting an alternative hypothesis to energy intake is that the increased body weights and increased likelihood of obesity were found even in animals whose diets and physical activity levels were known to be the same throughout the study period. This suggests that whilst domestic animals may be the unfortunate recipients of altered foods and exercise patterns due to their owners changing olfactory desires – these particular animals may be outside of this explanation suggesting a possible environmental trigger.

The lab animals have carefully monitored diets and exercise patterns and their living conditions rather regrettably have not evolved over the last 50 years.

What could the likely culprits be?

The authors suggest environmental toxins such as the endocrine disruptor bisphenol A (BPA) and some tin-containing compounds to increased body mass. Infections by viruses, specifically a type of the common cold-causing adenovirus, have also been linked to significantly increased body mass as well as altered sleep patterns, social networks and maternal imprinting.[3]

“We’ve got to really open our minds to thinking about some other things, diet and exercise are still key factors in why people and animals gain weight, but “we clearly now have evidence that things outside this realm can shift the body weight distributions of an entire population.”

Early single studies like this ask questions of us and in part open our thoughts to alternative ideas. Nutritional Therapists have long been aware that fat cells will store toxins inside them, diluting them with increased water storage and contributing to overall weight gain. It is possible that at least part of our cultural move towards obesity is in some vulnerable individuals made worse by their environmental exposures.