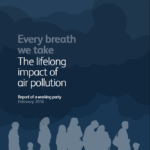 Outdoor air pollution is contributing to about 40,000 early deaths a year in the UK, say the Royal Colleges of Physicians and of Paediatrics and Child Health.

They say diesel emissions have been poorly controlled. And indoor air pollution has been overlooked. Tobacco still poses the biggest indoor threat, but wood-burning stoves, cleaning products and air fresheners can contribute. Mould and mildew in poorly ventilated rooms can also cause illness.[1]

Air quality should be getting better – but it isn’t

By the 1990s, the pollution and mortality peaks associated with winter smogs seemed consigned to history. How wrong we were! However, rather than coal burning, this time it is pollution from transport. Between 1949 and 2012 there was a tenfold increase in the distance travelled in the UK by the average person in their cars with a marked reduction in the distance walked.

The car has become an extension of the home and a right of freedom leading to a ‘windscreen perspective’ of transport issues. The term ‘wicked problem’ was used by the Royal Commission on Environmental Pollution when capturing the interacting web of problems that the car (and other forms of motorised transport and haulage) is creating for society.[2]

Pre-eminent are the emissions from petrol and diesel combustion, especially particulate matter (PM), oxides of nitrogen (NOx), volatile organic chemicals (VOCs) and the secondary photochemical production of ozone (O3). Overwhelming evidence has accumulated that breathing such a cocktail of chemicals has severe effects on human health despite being largely invisible, odourless and tasteless.

The overwhelming evidence to intervene to improve air quality for our citizens and future generations can no longer be ignored, especially since it is forecast that the situation will further worsen with climate change. So what is to be done? As the RCP/RCPCH report states ‘everyone has some responsibility for reducing air pollution; real change will only occur when everyone accepts this responsibility, and makes a concerted effort’. This includes the European, national and local government, business and industry, schools and the NHS, as well as individuals in society at large.

Several mechanisms have been proposed to explain the adverse health impact of adverse air quality.[3] Effects of PM that have experimental support are inflammation, cytokine and chemokine release, production of white blood cells, oxygen free-radical production in the lungs, endotoxin-mediated cellular and tissue responses, stimulation of irritant receptors, and covalent modification of key cellular enzymes. Exposure to these toxic particulates is likely linked to inflammation through the generation of reactive oxygen species and oxidative stress.[4] Although there is 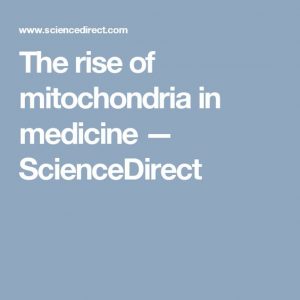 still debate about which particle components are responsible for producing reactive oxygen species, there is accumulating evidence that pro-oxidative organic hydrocarbons, such as polycyclic aromatic hydrocarbons and quinones, and transition metals, such as copper, vanadium, chromium, nickel, cobalt, and iron, play a role. The particles provides a template for electron transfer to molecular oxygen in these reduction and oxidation (redox) cycling events. In addition, target cells, such as airway epithelial cells and macrophages, generate reactive oxygen species in response to particle uptake by biologically catalyzed redox reactions that occur in the cell membrane and mitochondria.

Some individuals may be more prone to the development of inflammation, asthma, and allergic responses, because of mutations in the genes involved in the induction of the antioxidant defence. Other conditions that predispose to PM susceptibility include old age, pre-existing chronic heart and lung disease, and diabetes mellitus, all of which are associated with oxidative stress and inflammation. Plus, nutritional deficiencies and mitochondrial lipids, required for membrane repair and management of excess ROS.[5]

Epidemiological and clinical studies suggest that pre-treatment with agents with antioxidant and anti-inflammatory properties offer protection against the adverse cardiopulmonary effects of air pollution exposure.[6] It is important for physicians and practitioners to incorporate environmental, nutritional, and pharmacological approaches in their counselling of patients in their daily practice, particularly in susceptible populations with pre-existing cardiopulmonary diseases, such as patients with asthma, diabetes, coronary heart diseases, hypertension, and other cardiovascular and chronic diseases.

This would enable practitioners to advise their patients to reduce their health risk from exposure to air pollution by taking nutritional supplements and medications or increasing doses of medications they have been taking in high air pollution days or living in the high pollution places.

The mechanism underlying the air pollution induced health outcomes is complex and it is unlikely that a single supplementation or medication plays a major role. Therefore, research using multidomain intervention approach on combinations of certain supplements (for example, antioxidant vitamins B, C and E and polyunsaturated membrane lipids, omega-3 FA) and medications in the intervention of air pollution induced adverse health effects in different populations is needed.[7] Naturally occurring dietary supplementation is garnering increasing public interest and such research is needed to address the beneficial effects and associated mechanisms against air pollution.[8]

Previous Post
Natural Support for Memory and Cognitive Function
Next Post
Air Pollutants – Are They Truly a Health Issue?