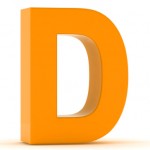 This report of 25(OH)D concentrations in a predominantly white PD cohort demonstrates a significantly higher prevalence of hypovitaminosis in PD vs both healthy controls and patients with AD. These data support a possible role of vitamin D insufficiency in PD. Further studies are needed to determine the factors contributing to these differences and elucidate the potential role of vitamin D in pathogenesis and clinical course of PD.

The same journal has now published a more recent set of findings in which they confirm a correlation between insufficient levels of vitamin D and the development of early Parkinson’s disease (PD).[2]

One of the authors L. Evatt, MD, MS of Emory University School of Medicine and the Atlanta Veterans Affairs Medical Center remarks with his colleagues that:

Vitamin D insufficiency has been reported to be more common in patients with Parkinson’s disease than in healthy control subjects, but it is not clear whether having a chronic disease causing reduced mobility contributes to this relatively high prevalence.

This study took 157 placebo recipients who participated in The Deprenyl and Tocopherol Antioxidative Therapy of Parkinsonism (DATATOP) trial of men and women with early, untreated Parkinson’s disease. Blood samples obtained upon sign up and at the final visit after 13 months were analysed for levels of 25- hydroxyvitamin D, the active form of the vitamin.

The authors noted that a high percentage of subjects had vitamin D insufficiency or deficiency at both points of the study. While 69.4% had vitamin D insufficiency defined as levels of less than 30 nanograms per milliliter (ng/mL) at the beginning of the study, 26.1%were classified as deficient with levels of less than 20 ng/mL.

The prevalence of insufficiency at the final visit was 51.6%, and deficiency occurred in 7%.

Previous studies in Asian populations reported a higher prevalence of hypovitaminosis D (deficiency or insufficiency) in patients with more advanced disease, suggesting that long-term effects of Parkinson’s disease may contribute to the development of insufficient vitamin D concentrations.

The authors go on to state:

Contrary to our expectation that vitamin D levels might decrease over time because of disease-related inactivity and reduced sun exposure, vitamin D levels increased over the study period. These findings are consistent with the possibility that long-term insufficiency is present before the clinical manifestations of Parkinson’s disease and may play a role in the pathogenesis of PD.

This means that many patients who are symptom free are already vitamin D diminished and this may contribute to the onset of the disease. Does adding Vitamin D or at least keeping sunlight exposure at levels that maintain a healthy blood level of vitamin D mean that you will fail to develop Parkinson’s disease or that taking Vitamin D once diagnosed will contribute to better management – these are unknowns, but we are all aware of the increasing body of evidence that links Vitamin D status to a wide range of human disease. Keeping levels optimised represents a sensible investment in micronutrient prophylactic therapy.

Previous Post
Allergic to Peanuts? For some eating them may help.
Next Post
L-Theanine Reduces Anxiety – Quickly