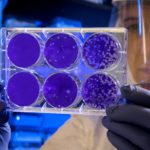 Scientists Discover in Excess of 40,000 Species of Bacteria in the Human Gut!

PURPOSE OF REVIEW: Advances in DNA sequence-based technologies now permit genetic analysis of complex microbial populations without the need for prior cultivation. This review summarizes the molecular methods of culture-independent microbiology (‘metagenomics’) and their recent application to studies of the human gastrointestinal tract in both health and disease.

RECENT FINDINGS: Culture-independent metagenomic surveys reveal unprecedented microbial biodiversity in the human intestine. Upwards of 40,000 bacterial species are estimated to comprise the collective gastrointestinal microbiome, most of which have not been characterized by culture. Diverse conditions such as antibiotic-associated diarrhea, Crohn’s disease, ulcerative colitis, obesity, and pouchitis have been correlated with large-scale imbalances in gastrointestinal microbiota, or ‘dysbiosis’. These findings demonstrate the importance of commensal microorganisms in maintaining gastrointestinal health.

SUMMARY: Through technological and conceptual innovations in metagenomics, the complex microbial habitat of the human gastrointestinal tract is now amenable to detailed ecological analysis. Large-scale shifts in gut commensal populations, rather than occurrence of particular microorganisms, are associated with several gastroenterological conditions; redress of these imbalances may ameliorate the conditions.

Previous Post
What Level of Evidence is Required in Conventional Medicine?
Next Post
The Relationship Between Intestinal Microbiota And The Central Nervous System In Normal Gastrointestinal Function And Disease