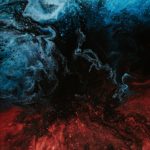 Organic Food: Is It Better For Us and The Environment?

Comment: A recent report by the Food Standards Agency has raised a number of questions and as usual the opposing sides have found grist to their respective mills in the ongoing discussions. A letter in the journal Science on the 7th August 2009, reproduced below, offers a considered critique and overview of the merits of continuing to develop and consume organic food stuffs.

Many consumers cite “health and nutritional concerns” as the primary reason for purchasing organic food.[1] There are several hypotheses to explain why organic foods might be nutritionally superior to conventionally produced foods, including

(i) the idea that nutrient uptake is enhanced because organic fertilizers release nutrients slowly, and

(ii) the theory that conventional pesticides and herbicides may disrupt nutrient absorption or synthesis, potentially lowering nutrient levels in crops.

Furthermore, almost all reviews and much of the original researchreport only the statistical significance of the differencesin nutrient levels—not whether they are nutritionallyimportant.[3] To determine the latter, nutrient comparisonsmust be made on a per serving basis and then set against a standard,such as the FDA/USDA requirement that a nutrient must be 10%higher than it is in a comparison product to make the claimthat the product has more of the nutrient.

Levels of phytochemicals—compounds found in plants thatare not classified as nutrients but appear to play a role inreducing the risk of certain diseases—are frequently reportedto be higher in organic foods compared with conventional foods.Although the production environment appears to affect the levelof phytochemicals by as much as 30% [e.g.,[4], the genotype(variety) can vary the composition by a factor of three to ten,or more [e.g., [5]. Therefore, cultivar selection may be asimportant or more important than the production method in increasingoverall intake of these important compounds. However, data onphytochemical content are generally insufficient, and standardson which to base diet recommendations are lacking. Studies demonstratethat it is the total amount of dietary phytochemicals, not theamounts of individual compounds in a single food, that is importantin reducing the chronic disease risk. [6]

As Magkos et al. [7] state, “the quality of a food product should be considered as the result of the general quality of its production system.” We can’t stress enough the many potential public health and environmental benefits from organic production methods and the consumption of organic foods (e.g., low pesticide residues and reduced soil loss). Given these important benefits, supporting unsubstantiated claims of nutritional superiority is an unwise and unnecessary argument for promoting dietary change. For now, we urge scientists, producers, and others to carefully “identify the boundaries of accurate messaging” [8] and not to mislead themselves and the public.