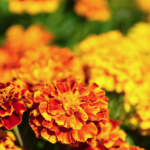 Comment: Chronic inflammation is known to be associated with increased episodes of heart attacks and with such autoimmune disorders as diabetes, lupus, rheumatoid arthritis and multiple sclerosis among others. One way to fight such inflammation is through nutrition – and specifically, as researchers from the University of Bonn and the ETH Zurich have discovered, by including oregano in our diets.

According to a study conducted by the Swiss researchers, oregano is the “ultimate inflammation fighter” thanks to its active ingredient betacaryophyllin (E-BCP). The researchers experimented on mice by administering them with E-BCP. They found that E-BCP helped 7 out of every 10 mice recover from inflamed paws. “Our results have revealed that E-BCP inhibits inflammation,” says Professor Dr. Andreas Zimmer from the Life & Brain-Zentrum in Bonn. And adds, Dr. Jurg Gertsch of the ETH Zurich, “We used E-BCP to treat mice with paws swollen due to inflammations. In up to 70 percent of cases, the swelling subsequently subsided.” Although not part of the formal study, the researchers speculated that E-BCP could address inflammation of the bowel associated with Crohn’s disease. The experiments also showed that E-BCP is effective in staving off bone degeneration associated with osteoporosis. The study findings were published in the U.S. in the Proceedings of National Academy of Sciences.

E-BCP is also known to be present in many other spices and herbs, such as basil, rosemary, cinnamon and black pepper. As a result, the Swiss research findings may be of particular interest to pharmacological researchers since E-BCP is commonly found in so many foods.

Other studies have found that oregano also contains the powerful antifungal agents, phytochemicals thymol and carvacrol. And oregano oil has a strong antibacterial action against a range of bugs including those responsible for E.coli, salmonella and the common cold