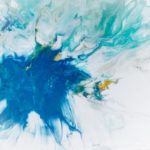 Olive Oil and the Hallmarks of Aging

Virtually all these hallmarks are targeted by dietary olive oil, particularly by virgin olive oil, since many of its beneficial effects can be accounted not only for the monounsaturated nature of its predominant fatty acid (oleic acid), but also for the bioactivity of its minor compounds, which can act on cells though both direct and indirect mechanisms due to their ability to modulate gene expression.

Among the minor constituents of virgin olive oil, secoiridoids stand out for their capacity to modulate many pathways that are relevant for the aging process. Attenuation of aging-related alterations by olive oil or its minor compounds has been observed in cellular, animal and human models. How olive oil targets the hallmarks of aging could explain the improvement of health, reduced risk of aging-associated diseases, and increased longevity which have been associated with consumption of a typical Mediterranean diet containing this edible oil as the predominant fat source.

Obviously anyone with a passing interest in the Mediterranean diet will be familiar with the role that olive oil plays in the generation of healthy people, this comprehensive review adds further clarity to the continued inclusion of olive oil in the dietary habits of people, as well as its potential use as part of a health recovery programme.