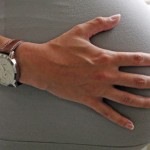 Comment: Mouse studies with human antibodies at Hopkins Children’s add weight to earlier research. A report on the research from investigators at the Johns Hopkins Children’s Centre published online in the Journal of Neuroimmunology expands on a 2008 report from the same team showing that mothers of autistic children tested positive for foetal brain antibodies. Antibodies are proteins the body naturally makes to attack foreign tissues, viruses or bacteria. Because a growing foetus is not “rejected” by the mother’s immune system even though some of its DNA is “foreign” (from the father), scientists have long suspected that some combination of maternal and foetal biological protection is at work.

“Autism is a complex disorder and it would be naïve to assume there’s a single mechanism that can cause it,” says Harvey Singer, M.D., director of paediatric neurology at Hopkins Children’s. “It’s most likely the cumulative result of several factors, including genes, metabolism and environment. We believe we have identified one of these factors.”