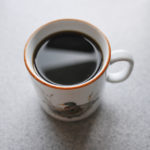 Background: Previous experimental studies have suggested many possible anti-cancer mechanisms for green tea, but epidemiologic evidence for the effect of green tea consumption on gastric cancer risk is conflicting.

Objective: To examine the association between green tea consumption and gastric cancer.

Methods: We analyzed original data from six cohort studies that measured green tea consumption using validated questionnaires at baseline. Hazard ratios (HR) in the individual studies were calculated, with adjustment for a common set of variables, and combined using a random-effects model.

Results: During 2,285,968 person-years of follow-up of a total of 219,080 subjects, 3,577 gastric cancer cases were identified. Compared with those drinking <1 cup/day, no significant risk reduction for gastric cancer was observed with increased green tea consumption in men, even in stratified analyses by smoking status and subsite. In women, however, a significantly decreased risk was observed for those with consumption of ≥5 cups/day (multivariate-adjusted pooled HR =0.79, 95% confidence interval (CI) =0.65-0.96). This decrease was also significant for the distal subsite (HR=0.70, 95%CI=0.50-0.96). In contrast, a lack of association for proximal gastric cancer was consistently seen in both men and women.

Conclusions: Green tea may decrease the risk of distal gastric cancer in women.

Comment: Green tea contains polyphenolic antioxidants such as epigallocatechin gallate, but individual cup concentrations will vary, as will absorption relating to the gastrointestinal ecology including H.Pylori and oestrogen. The supplemental ingestion of green tea extract were not investigated, although there may be an associative risk reduction in doing so, this study may only be used as a weak association, as the women who consumed greater than 5 cups per day, were not required to state the total consumed.