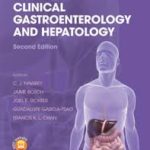 Efficacy of a 4-Food Elimination Diet for Children With Eosinophilic Esophagitis. 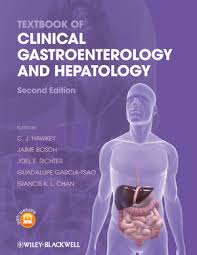 Eosinophilic (ee-uh-sin-uh-fil-ik) oesophagitis (EoE) is a recognised chronic allergic/immune condition. A person with EoE will have inflammation of the esophagus. The oesophagus is the tube that sends food from the mouth to the stomach.

In EoE, large numbers of white blood cells called eosinophils are found in the tissue of the oesophagus. Normally there are no eosinophils in the oesophagus. The symptoms of EoE vary with age. In infants and toddlers, you may notice that they refuse their food or are not growing properly. School-age children often have recurring abdominal pain, trouble swallowing or vomiting. Teenagers and adults most often have difficulty swallowing, particularly dry or dense, solid foods. The oesophagus can narrow to the point that food gets stuck. This is called food impaction and it is a medical emergency.

Allergists and gastroenterologists are seeing many more patients with EoE. This is due to an increased incidence of EoE and greater physician awareness. EoE is considered to be a chronic condition and is not outgrown but can be well managed.

A paper in Clinical Gastroenterology and Hepatology in Nov 2017 demonstrated that the removal of 4 triggering foods, resolved the EoE in children, an indication that the reactivity maybe brought under control with medication.[1]

A 6-food elimination diet induces remission in most children and adults with eosinophilic esophagitis (EoE). The effectiveness of empiric elimination of only 4 foods has not been studied in children. We performed a prospective observational outcome study in children with EoE treated with dietary exclusion of cow’s milk, wheat, egg, and soy. The objective was to assess the clinical, endoscopic, and histologic efficacy of this treatment in EoE.

We recruited children (1-18 years old, diagnosed per consensus guidelines) from 4 medical centers. Study participants (n = 78) were given a proton pump inhibitor twice daily and underwent a baseline esophagogastroduodenoscopy. Subjects were instructed on dietary exclusion of cow’s milk, wheat, egg, and soy. Clinical, endoscopic, and histologic assessments were made after 8 weeks. Responders had single foods reintroduced for 8 weeks, with repeat endoscopy to assess for recurrence of active disease. The primary endpoint was histologic remission (fewer than 15 eosinophils per high-powered field). Secondary endpoints included symptom and endoscopic improvements and identification of foods associated with active histologic disease.

After 8 weeks on 4-food elimination diet, 50 subjects were in histologic remission (64%). The subjects’ mean baseline clinical symptoms score was 4.5, which decreased to 2.3 after 8 weeks of 4-food elimination diet (P < .001). The mean endoscopic baseline score was 2.1, which decreased to 1.3 (P < .001). After food reintroduction, the most common food triggers that induced histologic inflammation were cow’s milk (85%), egg (35%), wheat (33%), and soy (19%). One food trigger that induced recurrence of esophageal inflammation was identified in 62% of patients and cow’s milk-induced EoE was present in 88% of these patients.