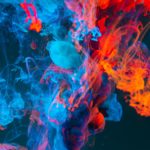 Breast is Best for Gut Bacteria

Whilst the findings may seem consistent with our current understanding of the relationships between the gastrointestinal tracts bacterial maturation and immune functionality – the relationship between competence and breast milk, from a neonate’s immune perspective has been expanded following the publication of this study in Genome Biology.[1]

Gut microbiota and the host exist in a mutualistic relationship, with the functional composition of the microbiota strongly affecting the health and well-being of the host. Early microbial colonisation in infants is critically important for directing neonatal intestinal and immune development, and is especially attractive for studying the development of human-commensal interactions.

The study, which confirms earlier findings that show breast-feeding boosts the developing immune system, elucidated the chatter between genes in the developing infant and the gut bacteria by analysing the relationship between bacterial communities found in the guts of 6 breast-fed 3-month-olds and 6 formula-fed 3-month-olds. The researchers compared the gut microbiome information to gene expression levels in the infant gut and identified genes involved in immunity and defense with altered expression levels in relation to the gut bacteria in breast-fed infants.

We demonstrate that differences in diet can affect, via gut colonisation, host expression of genes associated with the innate immune system.

“While we found that the microbiome of breastfed infants is significantly enriched in genes associated with ‘virulence,’ including resistance to antibiotics and toxic compounds. We also found a correlation between bacterial pathogenicity and the expression of host genes associated with immune and defence mechanisms,”

“Collectively, these data are consistent with previous findings that breast-feeding facilitates the adaptive, functional changes required for optimal transition from intrauterine to extrauterine life,” the authors write.

The implication is that in genetically susceptible neonates lack of breast milk ingestion may contribute to lack of interspecies variation and loss of complex immune priming and adaptability. This in turn may contribute to loss of flexibility in the young immune system and predispose people to amplifying genetic susceptibilities for allergies or other immune driven illnesses.