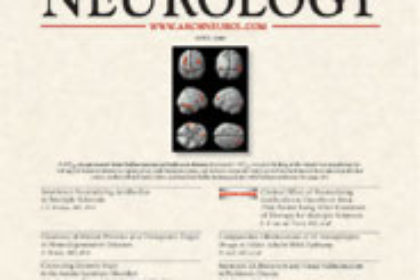 If Alzheimer’s is a disease related to adverse inflammatory responses over time, could one of the largest and most regular antigenic burden – our foods have a significant impact on risk of development. What level of conviction would we as humans looking at a future of declining cognitive function require to moderate our food selection.

The journal Archives of Neurology in April 2010 published a paper looking at the role of a protective diet over time on the risk of Alzheimer’s development in northern Manhattan, New York.[1]

As humans we are prone to wide food selection and isolated or synergistic combination become complex. To try and resolve a methodological error risk, this group used an alternative strategy called dietary pattern analysis.[2] Instead of looking at individual nutrients or foods, pattern analysis examines the effects of overall diet.

A group of 2,148 older adults (age 65 and older) without dementia living in New York were selected. They  provided information about their diets and were assessed for the development of dementia every 1.5 years for an average of four years. Several dietary patterns were identified with varying levels of seven nutrients previously shown to be associated with Alzheimer’s disease risk:

At entry, a physician elicited each subject’s medical and neurological histories and conducted standardised physical and neurological examinations. Each subject also underwent a structured in-person interview including an assessment of health and function and a neuropsychological battery.  A global summary score on the Clinical Dementia Rating (CDR)24  was then assigned.

The group was assessed for age, education, ethnicity, BMI, smoking, calorie intake, and alcohol. Apolipoprotein e4 genotypical analysis was also taken, splitting the groups into those with or without the 1&2 e4 alleles as they are a recognised risk gene for developing Alzheimer’s.[8]

Various additional supplementary analyses was undertaken to exclude confounding factors such as benefits from small alcohol intake or additional nutrients from supplements meaning that from the original 4166 subjects the eventual number were selected.

After looking at the role of foods in reducing inflammation in this post, it was interesting to see the results of this study further supporting the conclusion; dietary patterns that reflect the nutrients required to meet multiple pathways of degeneration, including inflammation has a strongly protective influence against the development of AD.

So if planning to contribute a brain related food selection, keep in mind that this study took place over a short time period of just 4 years, plus the participants were already over 65years old – so it really is never too late to start protective food selection.

[6] Bryan J, Calvaresi E. Associations between dietary intake of folate and vitamins B-12 and B-6 and self-reported cognitive function and psychological well-being in Australian men and women in midlife. J Nutr Health Aging. 2004;8(4):226-232 View Abstract

Tagged under: Alzheimers, brain, diet, homocysteine, Mental Health, Methylation
TOP
We use cookies and similar tools across our websites to improve their performance and enhance your user experience. I understand Learn more
Privacy & Cookies Policy