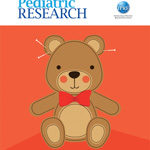 A Possible Link Between Early Probiotic Intervention And The Risk Of Neuropsychiatric Disorders Later In Childhood: A Randomized Trial. 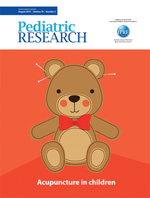 For some time now there has been a growing body of supportive evidence that the relationship between the bacteria in our digestive tract and our central nervous system may not be as tenuous as some may like to think. In a recent study published in Pediatric Research[1] a retrospective review of data in a small but informative group of children, indicates there may be a positive relationship between the use of a well studied probiotic and reduced risk of developing neuropsychiatric illness.

The author’s results suggest that oral supplementation during early infancy with Lactobacillus rhamnosus GG (ATCC 53103) might actually offset risk of diagnoses such as attention deficit hyperactivity disorder (ADHD) and/or Asperger syndrome (AS) being received up to 13 years later is something worth exploring further. Whilst this is an example of early work with a number of unknowns, it is well understood that LGG has a strong and long safety profile and is well tolerated by infants through the mixing of the organisms with breast milk or formula, as well as in other mediums ahead of simply swallowing the capsules.

Interestingly they state – Probiotics had no significant effect on microbiota composition in the study suggesting that the effects on central nervous system were either induced by altered vagal afferent signalling or by systemic metabolic changes related to probiotic intake.

Our findings demonstrate a possible preventive risk reducing effect of a probiotic LGG on later development of ADHD and AS. We also report an interconnection between the early gut microbiota and development of these neuropsychiatric disorders, although no single constant microbiota composition component or change was detected. However, keeping in mind the above-mentioned limitations of the study, we consider the findings preliminary but encouraging for further studies of the subject both in the area of well-powered clinical trials and experimental research.

1×1010colony-forming units of Lactobacillus rhamnosus GG or placebo (microcrystalline cellulose) daily for 4 wk before expected delivery. After delivery, the capsule contents were given either to the children, or continuously to the mothers, if breast-feeding, for 6 months. Followed for 2 years and then invited for a 13 year review follow up.