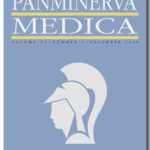 Tinnitus drives its sufferers to distraction, it is a phantom sound (ringing of the ears) that affects quality of life for millions around the world (estimated 2%) and is associated in most cases with hearing impairment. Regardless of the original cause, all patients complain of hearing a tinnitus tone on either one (unilateral) or both sides (bilateral) of the head or ears. Depending on the case, tinnitus tone may have low, medium or high frequency and be either relatively quiet (0–3 dB), going up to relatively loud (more than 16 dB). Some studies indicate that tinnitus on the left is more consequential than that on the right.Regarding the level of disturbance, tinnitus can be classified as compensated (low-level distress) or decompensated (high-level distress).[1] The major problem in patients with decompensated tinnitus is sleep interference, because the tinnitus tone keeps the patients awake. Other diseases that follow include depression, a variety of phobias, anxiety disorders, problems with concentration and in extreme cases—suicide. In other words, decompensated tinnitus seriously reduces the quality of life. Approximately 30 per 100 adults experience tinnitus, whereas about 1–5 persons per 100 suffer from tinnitus and seek medical help.

Therefore any treatment that appears to offer reduction or resolution of this condition using a safe and well studied ingredient will be well received. A recent paper in the Italian Journal Panminerva Medica explored the use of a bark extract called Pycnogenol:[2] A natural combination of genetically programmed constant proportions of procyanidins, bioflavonoids and organic acids. Extensively studied it is used in a large number of food supplements.

The study targeted patients classified as compensated tinnitus sufferers who had had it present for a minimum of a fortnight, and had it on one side with no vertigo or significant hearing loss. They were also people who described the onset as being sudden taking place over a few hours or days.

The 58 patients were split with 24 consuming 150mg daily (average age of 43) and 34 consumed 100mg daily (average age also 43) 24 people of the same age were used as controls. The aim of the intervention was to increase vascular flow of blood to the cochlear artery as there were variations in the delivery of blood to these tissues between the ears with the affected ear having a reduced flow.

The study group found that in as little as two weeks there was a reduction in symptoms and an increase in vascular delivery to the affected ear. They also note that this was dose dependent and that the higher dose had a better effect.

In clinical life it is very frustrating to be faced with an apparently complex condition for which there is few or no effective interventions. The use of a pine extract to reduce symptoms will be a welcome possibility for many and the effects may of course be due not simply to improved vascular flow but also to a reduction in oxidative stress, as this has also been linked to tinnitus.[3] Whilst this is just a preliminary study the low risk to benefit should encourage practitioners to consider the use of Pycnogenol in patients with low grade tinnitus of sudden onset.