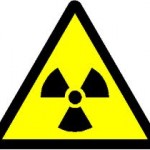 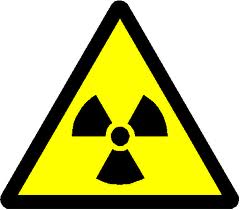 Whilst certainly no expert on radiation, I have undertaken a review of the main journals and few of the less substantive sites and blogs to try and present a current and balanced view about the benefits or not of the UK population taking additional iodine for the purpose of preventing radioactive iodine contamination of their thyroid gland.

What is the status of the Japanese Nuclear Reactor?

The Institute for Science and International Security, a non-profit based in Washington DC, is arguing that the Fukushima disaster should be upgraded to a category six on the seven point scale of nuclear accidents. The Japanese Nuclear and Industrial Safety Agency still classes the accident as a category five incident.

The Japanese authority’s rating of level 5 indicates that in their opinion, the release of radiation is limited, and only some planned countermeasures need to be implemented. However, unlike the accident at Three Mile Island, the Fukushima Daiichi situation involves three reactors as well as on-site spent fuel ponds with exposed fuel rods, instead of only one reactor core. The amount of radioactivity released, particularly in the first week after the accident, was significant. It was perhaps even worse than initially assumed because much of the radiation released in the days immediately following the tsunami may not have been detected because of inoperative or limited radiation monitoring equipment at the site. Additionally, much radiation has been released into water on-site and into the sea. This contamination will likely have significant environmental implications and require the implementation of additional countermeasures.

This sort of data can be very alarming and without further reading and perspective can encourage inappropriate responses.

How does this affect us?

Well, the current overarching view from scientists is that the exposure risks from the two principle radioactive agents leaked from the plant in Japan – Radioactive Iodine (iodine 131) and radioactive form of the metal caesium (caesium 137) have different risks but both are limited to people either in the plant or within a designated area of approximately 19 miles from the site of the reactor according to Japanese sources.Albeit that the USA recommended all of its citizens within a 50 mile radius to evacuate. The Washington Post provides a useful series of graphics for simple analysis. Washington Post. This is a very long distance away from the UK. If there were to be a meltdown or a fire at the nuclear plant, and unfavourable winds, then experts say radioactive material could reach as far as Tokyo, 150 miles (241km) away.

Why would we use Potassium Iodide at all?

Potassium iodide protects against radioactive iodine being accumulated within the thyroid gland amd other tissues where iodine is bound such as the breast, but it will not protect the damaging effects of other radioactive particles. So it has a very specific and local tissue site of action that relates to one type of radioactive chemical. Plus, the need for iodine is time related in terms of the risk of exposure and for the purpose of providing nutrient protection against radioactive iodine prophylactic large dose supplementation is not recommended.

Clearly, there are a number of conflicting views to be found and depending on your personal risk benefit analysis some people have wanted to take potassium iodine/iodine prophylactically. There is no indication that this is necessary in the UK and may if overly consumed add risks to the health of the person consuming it.

The chart below extracted from http://www.informationisbeautiful.net/ helps to provide a relative risk to exposure chart that I found useful to glean an overview. Just click to enlarge and look to see what sort of exposure we are used to on a daily basis and for which we have very effective natural mechanisms for managing, albeit that nutrient status will impact on these.

Do we need to take Potassium Iodide if living in the UK?

At present there is no substantive indications that we need to do so. When used in radiation exposure the dosage recommended is generally quite high to saturate iodine stores and its benefits are very short lived. The dosages of KI recommended for this therapy are generally 130 mg per day.

What Else Can I do?

During these times when people seek strategies that are proportional and balanced, I would recommend some specific foods and a couple of other supplements. The foods that are helpful include:

As far as additional supplements, consider taking a flavonoid-rich extract like green tea, grape seed, Pycnogenol®, or Ginkgo biloba – at a dosage of at least 100 mg daily, but ideally 300 mg. Flavonoids appear to reduce the formation of clastogenic factors. This adjective describes any substance or process which causes breaks in chromosomes and these factors exist in the blood of patients either accidentally or therapeutically exposed to radiation and may persist for over 30 years. They are associated with an increased risk for radiation-induced cancers.

Chernobyl workers given ginkgo extract for 2 months had clastogenic factors disappear from their blood. The workers were followed for one year and it was found the anti-clastogenic effect persisted for 7 months in most cases.[1] It is possible that other flavonoid-rich extracts may confer similar benefits and I would recommend their continued, indefinite use in anyone exposed to significant levels of radiation.