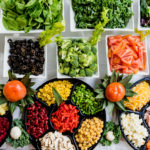 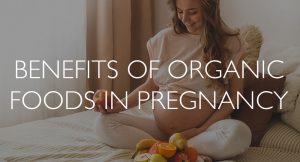 The first long term #organic diet intervention study with #pregnant women recently took place in the United States and showed that an organic diet introduction can significantly reduce exposure to some classes of #pesticides. 20 women were recruited and received weekly deliveries of either organic or conventional fruits and vegetables during their second and third trimesters. Weekly urine samples were collected and analysed for biomarkers or organophosphate (OP) and pyrethroid insecticides.

Previous studies have already mainly concluded that higher prenatal exposure to OP insecticides is associated with poorer neurological and cognitive development in children.  These studies have primarily focused on exposure to pesticides through geographical regions, urban versus agricultural for example, rather than diet. This study focused on fruits and vegetables because OPs and pyrethroids are more commonly used in crop production than in livestock and dairy, with the residues of the pesticides more commonly found on produce items rather than animal-based products, they also outsell other food categories.

66% of all servings of fruits and vegetables consumed by the organic produce group were organic in comparison to <3% in the conventional produce group. Pyrethroid biomarkers were detected more frequently in the conventional produce group, #3-Phenoxybenzoic concentrations were significantly higher in the conventional group compared with the organic group (0.95 vs 0.27 μg/L, p = 0.03). This is the first study to evaluate a long-term organic diet intervention of 24 weeks, previous studies have included interventions of one to two weeks and has been better able to evaluate the effects on a more chronic timescale. Neuroscientific research has identified embryonic and foetal development to be among the “critical windows of vulnerability” to neurotoxic chemicals (Bennett et al., 2016), reduced exposure for pregnant women is therefore key.