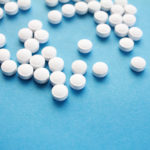 Number of Drugs That React Dangerously With Grapefruit Is Increasing

Almost 2 decades ago, Canadian researchers uncovered that grapefruit interferes with the body’s metabolism of certain drugs, including the immunosuppressant cyclosporine and at least one drug used to treat high blood pressure. [1]

The same group of researchers published an online article in the Canadian Medical Association Journal in Dec 2012 that the number of drugs on the market that react adversely with grapefruit has increased substantially in recent years.[2] More than 85 drugs currently approved in Canada have adverse reactions with grapefruit, and 43 have potentially serious adverse reactions, according to David Bailey, PhD, of the London Health Sciences Center in Ontario, and colleagues. The list has expanded to include cholesterol-lowering sta­tins such as Zocor and Lipitor and blood pressure medications such as Nifediac and Afeditab, the study notes.

Chemicals found in grapefruit change the way these medications are metabolized in the gastrointestinal tract, dramatically increasing concentrations of the drug in the bloodstream. Those chemicals, called furanocoumarins, are also present in other citrus fruits, including Seville oranges — the kind often used to make marmalade — and limes and pomelos, according to the study.

The amount of grapefruit that can set off a reaction varies from drug to drug, the study notes, but in many cases, around 200 mL to 250 mL of juice or a whole grapefruit  has sufficient potency to cause a pertinent pharmacokinetic interaction.

The drugs in question have three common traits: They’re all taken orally; they all have limited bioavailability (which means that only small percentages of the active drug make it into the bloodstream under normal circumstances); and they all interact in the GI tract with an enzyme called CYP3A4. .

These interactions can take place many hours after grapefruit or its juice is consumed, and even just a single grapefruit or glass of grapefruit juice a day can spell trouble if you’re taking one of these drugs.

People older than 45 are at increased risk, the study notes, in part because they tend to eat more grapefruit than younger people do and also take more prescription drugs. Older people are more susceptible to the ill effects of high concentrations of drugs in their system, too, the study says.

The authors also noted that one of two studies of breast cancer risk found a 30% increased risk of breast cancer in postmenopausal women taking oestrogen (95% CI 1.06 to 1.58) who consumed one-quarter or more of a grapefruit per day compared with women who did not eat grapefruit, though a follow-up study showed no such interaction.

Although they focused on the CYP3A4 system, the authors also noted that grapefruit and some other citrus fruits may act on drug transporters as well, causing lower concentrations of certain drugs.