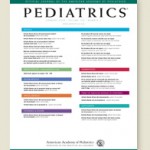 Functional Bowel problems can be a real problem, causing considerable emotional as well as physical distress. If you are a child and not really able to comprehend or manage your life as easily as an adult and you have IBS it can be very lonely.

This study published online on the 15th November will provide relief for parents, clinicians and children.[1] The use of a well studied probiotic LGG. Lactobacillus rhamnosus strain GG (LGG) reduced the frequency and severity of abdominal pain in children with irritable bowel syndrome (IBS), with persistent benefit once the treatment was stopped.

Probiotics have a number of subtle effects on the composition of commensal bacteria and help to modify the gastrointestinal immune system.[2] With functional bowel problems one of the most miserable symptoms is that of pain, and this study looked at how a probiotic may be able to reduce the levels of pain and improve quality of life.

The goal of the study was to evaluate the effect of LGG on recurrent abdominal pain in children. At 9 primary care sites and a referral center, 141 children with IBS or functional pain were assigned to LGG or placebo for 8 weeks and were followed up for an additional 8 weeks. The main study endpoint was overall pain at the end of the intervention period. Double-sugar intestinal permeability test was performed at entry and at study completion.

More than half (59%) of participants had abnormal intestinal permeability test results at study entry. This percentage decreased significantly in the LGG group but not in the placebo group (P < .03). These effects occurred primarily in children with IBS.

LGG significantly reduces the frequency and severity of abdominal pain in children with IBS; this effect is sustained and may be secondary to improvement of the gut barrier, the study authors write.

The beneficial effect of LGG persists beyond the cessation of the administration and represents a valid therapeutic option, the study authors conclude. Small intestinal permeability is significantly increased in children with IBS.

Single therapy strategies in IBS rarely work independently as well as those in which a collective approach is taken. Increased gut permeability has the potential to adversely influence a number of organ systems, including the BBB. The role of essential amino acids such as glutamine and epithelial growth factor as well as increasing SIgA will also play a part as will suitable nutritional choices for food selection.

Previous Post
Does Getting Older Make You More At Risk For Allergies?
Next Post
Comprehensive Food Allergy Guidelines Released