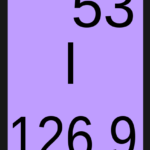 Iodine deficiency is the single most common cause of preventable mental retardation and brain damage in the world. It also decreases child survival, causes goitres, and impairs growth and development. Iodine deficiency in pregnant women causes miscarriages, stillbirths, and other complications. Children with IDD can grow up stunted, apathetic, mentally retarded, and incapable of normal movements, speech, or hearing. Globally, 2.2 billion people (38% of the world’s population) live in areas with iodine deficiency and risks its complications.

But are people in the UK deficient in Iodine? There is surprisingly little information available to identify whether the population has adequate or insufficient levels to meet the various needs of all the tissues that have iodine receptors.

Iodine is an essential part of the chemical structure of thyroid hormones. The thyroid is a butterfly-shaped gland in the front part of the neck. It produces two hormones, thyroxine (T4) and triiodothyronine (T3), that are released into the bloodstream and carried to target organs, particularly the liver, kidneys, muscles, heart, and developing brain. Although its main function is in the production of thyroid hormones by the thyroid gland, other organs in the body have a need for iodine in order to function normally.

We need iodine because thyroid hormones are essential to life. The thyroid hormones act in target organs by influencing many different chemical reactions, usually involving manufacture of key proteins. The body must have proper levels of thyroid hormone to function well. On this basis a number of practitioners have tested their patients using a technique developed by Dr Abrahams, in which a measured dose of iodine/iodide is consumed and for the following 24 hours urine is collected and a sample of that is then analysed to see the amount of the challenge dose being eliminated.

The test consists of ingesting 4 tablets of a solid dosage form of iodine/iodide (Iodizyme-HP) containing a total of 50 mg iodine/iodide. Then urinary iodide levels are measured in the following 24 hr collection. The iodine/iodide loading test is based on the concept that the normally functioning human body has a mechanism to retain ingested iodine until whole body sufficiency for iodine is achieved. During supplementation of adequate iodine/iodide, a negative feedback mechanism is triggered that progressively adjusts the excretion of iodine to balance the intake. As the body iodine content increases, the percent of the iodine load retained decreases with a concomitant increase in the amount of iodide excreted in the 24 hr urine collection. When whole body sufficiency for iodine is achieved, the absorbed iodine/iodide is quantitatively excreted as iodide in the urine.[1]

Dr Abraham and Brownstein describe as sufficient that at least 90% should be eliminated to confirm tissue saturation and that a lower level may indicate iodine deficiency, which taken in context with a physical examination and good history will justify the exogenous ingestion of iodine/iodide to restore optimal tissue levels.[2]

These preliminary results from people suspected of being deficient suggest that the UK is very similar to other countries where people present with symptoms and signs consistent with iodine deficiency. The move away from iodine rich foods such as seaweed, shellfish and some cows milk by people seeking to modify their diet or vegetarians, as well as a significant reduction in the intake of iodised salt can lead to significant iodine deficiency. 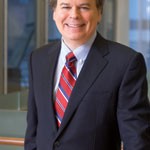 Supplementation with iodine/iodide (Iodizyme-HP) can be done easily and combined with repeat tests and symptom reversal a normal state of tissue iodine can be maintained.