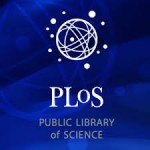 As a Nutritional Therapist the concepts of gluten reactivity outside of the diagnosis of coeliac disease has been an easy leap of faith. Over the last few years as a greater understanding of different gluten sensitivity conditions have been uncovered, many scientists are revisiting conditions to see if there may be a correlation of clinical relevance.

For a quick reminder, gluten is one of a group of more than 70 proteins in wheat and related grains, and consists of gliadins and glutenins. Autism is a neurodevelopmental disorder that negatively affects communication and social interaction. Although the mechanisms that cause autism are poorly understood, there is mounting evidence that the immune system plays a significant role in a subset of patients. In addition, autistic children and their parents or guardians commonly describe gastrointestinal symptoms. In recent years, diets that exclude gluten have become increasingly popular in the autism community. The effectiveness of such diets, however, has not been confirmed in controlled and blinded studies. The research conducted in Sunderland University explored this for many years and have reported numerous outcomes and benefits.[2],[3]

The recent study, headed by Armin Alaedini, PhD, assistant professor of medical sciences (in the Department of Medicine and the Institute of Human Nutrition) at Columbia University Medical Center, looked at blood samples and medical records of 140 children.

Thirty-seven of the children were diagnosed with autism and the rest were unaffected siblings or healthy control subjects. To increase diagnostic accuracy, only patients identified as having autism according to two well-recognized diagnostic instruments, the Autism Diagnostic Observation Schedule and the Autism Diagnostic Interview, Revised, were selected. The blood samples were tested for antibodies to tissue transglutaminase, a sensitive and specific marker of coeliac disease, as well as antibodies to gliadin. The patients also were tested for genes encoding certain human leukocyte antigens, which are strongly associated with coeliac disease.

“This is the first study to systematically look at serologic and genetic markers of coeliac disease and gluten sensitivity in such well-characterized cohorts of autism patients and controls,” said Peter H. R. Green, MD, director of the Celiac Disease Center at Columbia University Medical Center and one of the study authors. “But the findings need to be confirmed in larger cohorts.”

The authors suggest that further research is needed to understand the relevance of the described antibodies in autism.

“The IgG antibody response to gluten does not necessarily indicate sensitivity to gluten or any disease-causing role for the antibodies in the context of autism,”

“But the higher levels of antibody to gluten and their association with gastrointestinal symptoms point to immunologic and/or intestinal permeability abnormalities in the affected children.”

Dr. Alaedini noted that a better understanding of the immune response to gluten may yield novel clues about autism or offer biomarkers to identify a subset of patients that would respond to certain treatment strategies.