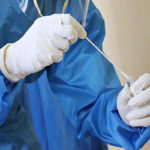 The understanding of what goes wrong in #autoimmune #disease, and why, is advancing on numerous fronts[1]. One key question that remains, is what makes some people more likely to experience #autoimmunity than others?

Gender appears to play a significant part, with autoimmune disease around three times more common in women than in men, with two primary reasons being #hormones and #chromosomal variations[2].

Genetic variants that increase the risk of autoimmunity are also being identified and researchers are investigating environmental factors that might trigger disease such as pollution, bacteria, sunlight and infections [3],[4],[5].

Among the suspected triggers of the phenomenon of post-infective long #COVID are the microbes in our gut, related dysbiosis and barrier permeability, viral infections, and oestrogen, for instance, which have also been linked to autoimmunity [6],[7],[8],[9].

Other lines of research suggest that exposure to chemicals such as pesticides, cigarette smoke and mercury could change the gut microbial community in ways that leave people more vulnerable to autoimmune responses [10]. Exposure to the thousands of chemicals in mixtures, mostly fossil fuel derivatives, exposure to particle matters, metals, ultraviolet (UV)–B radiation, and ionizing radiation, are also recognised to increase the risks of viral infection and immune dysregulation[11].

It has been found that people infected with #Sars-Cov-2 generate large numbers of autoantibodies capable of attacking their own immune system and tissues (a form of molecular mimicry), according to a paper published in Nature [12],[13]. The study suggests that autoimmunity could also explain why some people experience symptoms of COVID-19 more severely than others, or for a longer time after infection.

An aligned discovery is that reactivation of the #Epstein-Barr virus (EBV) might also be a potential cause of long COVID symptoms [14]. The #EBV is ubiquitous, infecting approximately 90% of the worldwide population and 95% of healthy adults. Moreover, symptoms of EBV are known to include fatigue, brain fog, myalgia and headaches.

Once a virus such as Sars-Cov-2 enters the body, the immune system is provoked into action. In just a few hours, immune cells including neutrophils and natural killer cells, begin attacking anything that does not clearly identify as being of the host’s body. #Inflammation sets in, followed by the activation of the acquired immune systems immune cells called T cells and B cells. Unlike the early innate immune response, these cells target markers, known as antigens, that are specific to a particular invader.

Effector T cells use these antigens to target infected cells, and helper T cells have a coordinating role [15]. B cells, meanwhile, respond by producing antibodies that bind to invaders’ antigens and tag them for destruction. Sometimes B cells erroneously generate antibodies against the body’s own proteins. This means the body can fall victim to mistaken identity when a protein associated with an invader closely resembles one of the body’s proteins [16].

The EBV virus is common, the difference seems to be whether you can control the infection during your lifetime, and with post Sars-Cov-2 infection it seems that some lose this control, meaning there is a reactivation of the EBV, or other latent viruses, possibly triggering an autoimmune outcome [17].

The mixed interplay of genes, environment, infection, gender, age and immune capability, presents multiple points of risk and intervention for clinical care. With the #microbiota of the GI tract becoming better understood, this adds to a range of therapeutic opportunities, yet to be qualified [18]. In addition, the epithelial barrier hypothesis of autoimmunity supports the clinical consideration of the application of nutrients to support mucins and barrier integrity[19].

Whilst front-line medicine will typically employ immunoglobulins and inflammation management via pharmaceutical suppression, there are also numerous possibilities for non-pharmaceutical strategies to rectify disorganised immune responses.

Where are we now?

The demand for infectious and non-communicable disease related care is not going to be reducing in the coming months. Current UK government strategies to attempt #herd immunity via relaxed social mores, will create more people with adverse outcomes, but particularly in the younger age groups as the immunological variations vary widely between people even in those of a youngr age.

This strategy was initially promoted by Dr Sunetra Gupta and colleagues [20]. Albeit when first mooted it was challenged by thousands of scientists with a recently updated rebuttal via the John Snow Memorandum to counter this ‘wild type’ herd immune generation proposition [21].

Herd immunity is not the end of a pandemic. In the simplest epidemiological models, it is the moment when so many people are immune, either because of vaccines or prior infection that the virus loses viability of its own accord. The keyword here is “begins”. An epidemic has momentum, like a train. Herd immunity is the beginning of an uphill gradient, initially very gentle. If the train is moving at top speed as it begins to climb the hill, it will keep traveling for a long way before it stops. High levels of immune competence variability, even among healthy people, mean that it is very hard to predict the outcomes. The herd immunity point for Sars–Cov-2 has not been established, nor is it clear yet, how stable this immunity will be.

Interestingly and counter to many narratives and non referenced opinions, a recent paper in the BMJ has been able to extend some clarification on the question: Is the cure really worse than the disease? The health impacts of lockdowns during COVID-19 [22]. The authors state: “It appears clear from evidence to date that government interventions, even more restrictive ones such as stay-at-home orders, are beneficial in some circumstances and unlikely to be causing harms more extreme than the pandemic itself.”

In terms of one to one health management, when primary and secondary health care staff are under pressure, the virtues of quiet listening, of so much benefit to patients, are lost; hope of delivering quality of care that is equitable, of levelling up, becomes more distant [23],[24]. Further spillover of demand for care into allied health care providers such as Nutritional Therapists and Health Coaches is inevitable.

Many theories continue to move between people and media platforms, most with well-rehearsed and declared agendas, others less overt. Dialogue via the various social platforms often ferments confusion and division. Looking on from a high level, it seems that social media is being used as a cipher (a secret code) for a harder-to-discuss problem. This is human credulity: the demand for nonsense, not the supply of it.

Anyone prone to mistrusting science, or an election result, will hunt out or overvalue corroborating news. If social platforms provide it, so too do talk radio, cable television and word of mouth.

It may be worth reminding ourselves of the 24 ways in which #cognitive #bias shapes demand and acquiescence to propositions [25]. Keep in mind that cognitive biases make our judgments irrational. We have evolved to use shortcuts in our thinking, which are often useful, but also means there’s a kind of misfiring going on causing us to lose objectivity.

At some point, the instrument of misinformation becomes less troubling than the underlying receptiveness to it.

As confirmation bias pervades all discourse, social cohesion becomes fragmented, in much the same way we can see similar responses to the tragic physical events being played out from global warming. Yet still, some choose to deny or deflect. Reflecting Orwell’s great lesson writ large.

The point of Orwellian doublespeak is to veil the truth with doubt, to filigree it with the shadows of complacency, to make the lie seem real and encourage confusion and disharmony.

Alexander von Humboldt, once the most famous scientist in the world, described for the first time the interconnectedness of us and nature, and the related vulnerability [26]. Writing his ‘Views of Nature’, translated into 11 languages and an instant bestseller, he put his extensive travels and observations into prose and visual images that set out the web of life.  His work, published 14 years before Darwin’s Origin of Species, laid out the foundation of the theory of evolution.

More recently Rachel Carson’s ‘Silent Spring’ is based on Humboldt’s concept of interconnectedness. His ideas still speak to climate change, global biodiversity collapse and the spread of viruses like Covid 19 [27].

Natural exposure, healthy food, and #supplementation, mainstays of #lifestyle and functional medicine, carry far more substance in their ability to ensure our immune resilience than many understand. Our autoimmune risks are diminished in immune tolerance, generated, and supported by natural environments and heightened by immune dysregulation, environmental pressures, and our inherited genes.

Yet our society carries substantive variation in its population’s ability to reconnect with innate health generation. For too many are insecure, isolated, traumatised, poorly nourished, and successive governments have made a point of subjugating their realities, meaning they will either not be able to do what they are told or treat instructions from the top and disapproval from those living more privileged lives, with the utmost cynicism.

Conveying the essentiality of nature’s role from physical to emotional and immune needs is a challenge, but one we will be increasingly asked to provide, together with related evidence to avoid socially damaging bias [28].

Perhaps Desmond Tutu captured some core principles in his quote: “We need to stop just pulling people out of the river. We need to go upstream and find out why they are falling in”.

What do you think?