Current News, Abstract and Reviews from our Editors

The obvious answer is NO, otherwise no one would suffer immune related illness and death.

The ability of your immune system to respond, repel and return to homeostasis after insult has many influencing factors. Yet our long history of survival as a species indicates that our immune response is adaptive and sustaining, subject to its challenges being manageable. This incredible plasticity involves ‘immunological trade-offs’ and shapes disease outcomes at individual and population scales. These ‘trade-offs’ mainly exist at a cellular level and impact the survivability of every organism. They may also be intentional behaviours that impact daily decisions or carefully mediated, innate behaviours.

NCDs And Their Relationship to Our Environment

As circumstances have demanded, the attention of our health-related recommendations over the last few months has been on the role of lifestyle and environmental impacts on immunity and the ability to resist or respond to viral infections, especially Sars-Cov-2.

Immunosenescence and how to manage it

Feeling old? Consider the redwoods in the USA. Reaching heights of more than 350 feet, the world’s tallest trees have been on this planet since the days of the dinosaurs. A single specimen can live more than 2,000 years. That’s old enough to make it through from the Roman Empire to the British Empire and an assortment of presidents and prime ministers! Yet the mycelial population that connects all trees and arguably is the formative source of all life, is even older.

The understanding of what goes wrong in #autoimmune #disease, and why, is advancing on numerous fronts[1]. One key question that remains, is what makes some people more likely to experience #autoimmunity than others? 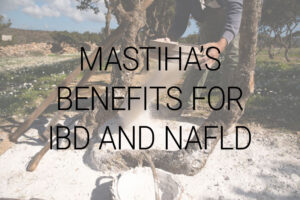 #Mastiha, or #Mastica, is a natural nutritional supplement known to possess #antioxidant and #anti-inflammatory properties. 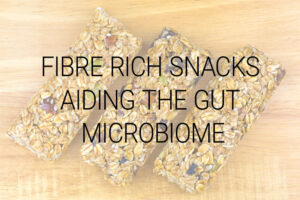 The high-fat, low-fibre diets consumed in the western world are failing to support a diverse and healthy #gut #microbiome. Dietary #fibre is known to help prevent #cardiovascular disease, type 2 #diabetes and #obesity through its effects on the #microbiota. However, the gut microbiome is incredibly complex with dietary responses modulated by multiple hereditary and non-hereditary factors, and so harnessing a diet with the desired effect is not an easy task.  Scientists from the Centre for Gut Microbiome and Nutrition Research at Washington University School of Medicine in St. Louis, Missouri, have had work recently published in Nature that sought to investigate the dynamic relationship between the modern diet and the guts microorganisms.

Lest We Forget – Iron Deficiency is Common and a Health Risk!

Faced as we are with an infectious and mutating agent of illness, the allied focus on nutritional needs has been to identify foods and nutritional concentrates that confer an immunological advantage[1]. Covid-19 does not treat us equally. Undernourished people have weaker immune systems and may be at greater risk of severe illness due to the virus. 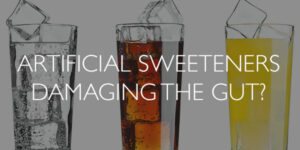 Researchers from Cambridge have recently published a study indicating that #artificial #sweeteners, synthetic sugar substitutes that are often consumed in the diet, could be causing healthy #gut #bacteria to damage the #intestine. The study, published in the International Journal of Molecular Sciences, found that three of the most commonly used artificial sweeteners, #saccharin, #sucralose and #aspartame, can cause beneficial bacteria in the intestines such as #E.coli and #E.faecalis, to become disease causing, or pathogenic.

Humans and their microbiota have coevolved a mutually beneficial relationship in which the human host provides a hospitable environment for the microorganisms and the microbiota provides many advantages for the host, including nutritional benefits and protection from pathogen infection1. Maintaining this relationship requires a careful immune balance to contain commensal microorganisms within the lumen while

The Pandemic Is in Many Ways A Story of Magical Thinking

Sars-Cov-2 hit at an inauspicious geo-political and geo-environmental moment.

An era of rising nationalism and populism made it frustratingly difficult to mount a collaborative response to a global pandemic. Jair Bolsonaro of Brazil, Xi Jinping of China, Narendra Modi of India, Vladimir Putin of Russia, Recep Tayyip Erdogan of Turkey, Boris Johnson of the United Kingdom, and Donald Trump of the United States stand out. All these leaders (and their executive teams) evinced some combination of parochialism and political insecurity or ideology, which caused them to initially downplay the crisis, ignore the science, or deny its viability, and reject essential international cooperation whilst favouring corporate interests. This ensured their slow and ineffective rollout of immediate viral strategic control. Leading to significant adverse consequences driven by internal political narratives (self or party-protectionism) rather than globally focussed health care.