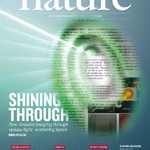 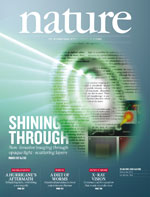 ‘Helminth’ is a working term for metazoan organisms that are worm-like. In reality, the helminth group includes highly diverse organisms belonging to distantly related phyla – Nematoda (round worms) and Platyhelminthes (flatworms).[5]

Helminths are parasitic animals which, depending on species, live in locations such as the intestinal lumen, blood stream, or muscles of the host. These organisms colonise more than one third of the world population.[6] Helminth colonisation remains most common in children living in warm climates and subject to poor sanitation. The infective forms of these organisms are spread through contact with contaminated soil, food, or water. Before the 1940s, many children and adults in the west carried helminths. For as long as modern humans have existed, they have carried parasitic worms. That is around 200,000 years. Like many bacteria, some roundworms and flatworms (helminths) can reside harmlessly in the gut.

Helminths and the immune system of man have co-evolved in close proximity over many thousands of years. The result being that helminths appear to regulate our immune system and prevent excessive inflammatory responses, which could underlie the mechanism of protection offered by these organisms in the inhibition and prevention of inflammatory bowel disease.

Helminths, being parasitic, evolved independently of the ‘worms’ people often think of, such as earthworms. Some take up residence in the gut after the host swallows their eggs in contaminated water or food. Even gardening in contaminated soil or playing in the mud can cause an infection. Others, such as hookworm, burrow into the body through the skin and ride the blood to the lungs. Humans then cough up and swallow the larvae, which grow into adult worms in the gastrointestinal tract. Other helminths have even more complex life cycle.

Helminths are the collection of multicellular worm parasites including nematodes, cestodes and trematodes which tend to establish long-lived, chronic infections indicating successful down-modulation of the host immune system to prevent ejection. In so doing, they often minimise immunopathology and, it is suggested, reduce host susceptibility to, and severity of allergic and autoimmune diseases. For parasites, it is advantageous to trick the host into developing an ineffective immune response, to find a suitable niche for maturation and propagation, and to do so without killing or unduly harming the host.[7]

The addition of helminths to the GI tract as a therapeutic strategy was first explored in a mouse model,[8] and then in humans for the treatment of IBD: Ulcerative Colitis and Cohn’s.[9], [10]

Dr Weinstock suggests there are three understood mechanisms to account for the benefits seen in IBD via immune manipulation from the ingestion of worms.

First; they seem to cause changes that activate regulatory T cells such as Treg. These cells dampen immune responses and curb autoimmunity — by, for example, ramping up the production of regulatory molecules such as interleukin-10 and transforming growth factor-β.

Second; helminths seem to act on other cells — regulatory dendritic cells and macrophages. These prevent the switching on of dangerous effector T cells, which normally lead to inflammation and disease.

Third; worms seem to alter the bacterial composition of intestinal flora. Research in mice suggests that helminths promote the growth of gut microorganisms typically considered to be ‘probiotic’, which help to maintain intestinal health.

A newer less well understood role of helminth therapy may be the enhancement of mucosal barrier function, leading to reduced translocation of bacterial, and other antigens.[11] Mucosal healing has emerged as a key treatment goal in IBD that predicts sustained clinical remission and resection-free survival of patients. The structural basis of mucosal healing is an intact barrier function of the gut epithelium that prevents translocation of commensal bacteria into the mucosa and submucosa with subsequent immune cell activation.

The results for IBD therapy are perhaps the most convincing albeit there remain questions concerning the safety of the treatments, the options are also not without risk. As might be expected, as the mucosal immune system interacts with all aspects of the body, other autoimmune and inflammatory conditions have been discussed or even experimented upon using helminthic therapy. These include, allergies,[12] MS,[13] autism,[14] arthritis[15] and psoriasis [16] albeit that these re often speculative, there are common mechanisms, that have been revealed during the comprehension of the relationship between the mucosal immune system and the gastrointestinal bacterial and nematode relationships.

The delivery of a nematode therapy may fall outside the scope of practice for nutritional therapists, but many patients fed up with the failures of conventional medicine have explored this themselves, and it seems many have found significant improvements. Understanding something of the evolution of this evolving therapy permits a greater comprehension of why changing the bacterial composition in ill patients through, food, supplements and medications can have significant benefits and risks.